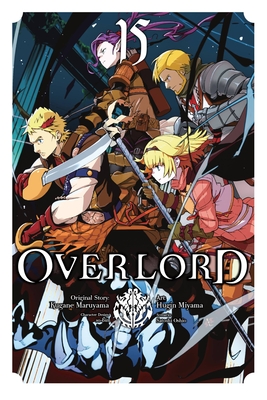 This is book number 15 in the Overlord Manga series.

Ainz has personally stepped in to deal with the remaining two of the Three Big Ones not yet under his control, but that doesn’t mean the danger for Carne Village has passed—on the contrary, Nazarick’s plans for Nfirea call for an all-out assault on its walls! Meanwhile, the Baharuth Empire prepares to send a covert team of workers to investigate a certain mysterious tomb that seems to have popped up out of nowhere...