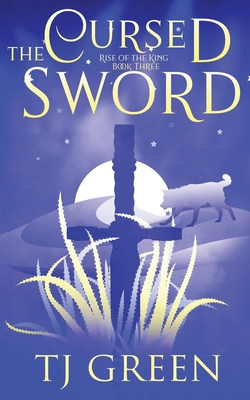 An ancient sword. A dark secret. A new enemy.

Tom loves his new life in the Otherworld. He lives with Arthur in New Camelot, and Arthur is hosting a tournament. Eager to test his sword-fighting skills, Tom's competing.

But while the games are being played, his friends are attacked and everything he loves is threatened. Tom has to find the intruder before anyone else gets hurt.

Tom's sword seems to be the focus of these attacks. Their investigations uncover its dark history and a terrible betrayal that a family has kept secret for generations.

This secret now puts others at risk, including Tom, and once again, Tom, King Arthur and his friends, have to race to solve the mystery of his sword's past, or he could lose everything.

If you love magic and mystery, and fast-paced Arthurian fantasy, then you'll love The Cursed Sword.

*Important note. Previously released as Galatine's Curse, Tom's Arthurian Legacy book 3. The title has changed, but the content is the same.