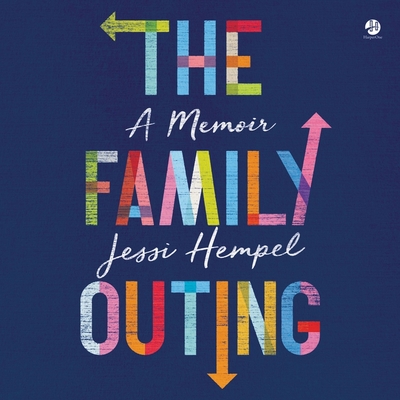 An original memoir.  Hemple, who has written for Wired and Fortune, captures her family's changing relationships as all of her siblings and father come out as gay/bisexual/trans.  Her father's closetedness and his coming out impacts her parents marriage and family dynamics in far reaching ways.  As she searches for her identity, she joins a cult, adopts other families, and moves across the country multiple times.  She doesn't quite find a universal theme, but her family's story is compelling.

Fascinating, funny, and wise, The Family Outing is an affirmation to all of us who know the pain and shame of hiding our truest self, and a stirring invitation into the courage, freedom, and joy of living our whole truth.--Glennon Doyle, author of #1 New York Times bestseller Untamed, founder of Together Rising

A striking and remarkable literary memoir about one family's transformation, with almost all of them embracing their queer identities.

Jessi Hempel was raised in a seemingly picture-perfect, middle-class American family. But the truth was far from perfect. Her father was constantly away from home, traveling for work, while her stay-at-home mother became increasingly lonely and erratic. Growing up, Jessi and her two siblings struggled to make sense of their family, their world, their changing bodies, and the emotional turmoil each was experiencing. And each, in their own way, was hiding their true self from the world.

By the time Jessi reached adulthood, everyone in her family had come out: Jessi as gay, her sister as bisexual, her father as gay, her brother as transgender, and her mother as a survivor of a traumatic experience with an alleged serial killer. Yet coming out was just the beginning, starting a chain reaction of other personal revelations and reckonings that caused each of them to question their place in the world in new and ultimately liberating ways.