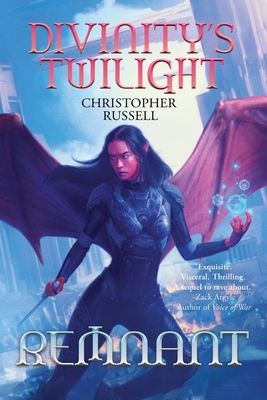 Power is a curse.

As Vallen and his fellow cadets flee fallen Darmatia, he is forced to confront the ghosts of his past. The friend who perished that he might live. The girl whose smile haunts his nightmares. Now, a third voice joins them-something dark, something ancient. And the more Vallen uses his magic, the stronger it becomes.

Tools exist to be used.

The flames of Sylette's vengeance are all but quenched. With each passing day, the dominion of the Sarconian Empire grows, and her treacherous father's throat drifts further from her reach. Sylette's last hope is a coded message, one that promises a growing resistance against the Empire. But even if she gains the means to avenge her mother's murder, one question remains: how many 'tools' is she willing to sacrifice to see her vengeance through?

What color is love?

Renar has learned to hide a great many things: his emotions, his art, and one truly devastating family secret. But when he must face the man who's controlled his life from the shadows, will he choose the family he's always known, or the dysfunctional crew he's been shackled with?

For every ending, a beginning.

Embers of conspiracy flare in Nemare and Sarconia. A resurrected Sarcon plots to reclaim his imprisoned flesh. As the winds of war swirl and forgotten myths rise, the choices these cadets make could save their country . . .