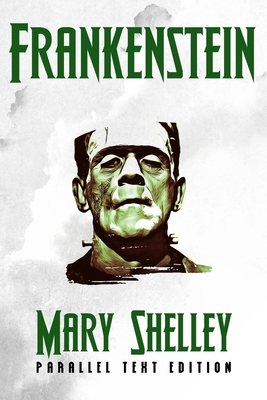 Two Books in One. The classic tale of Victor Frankenstein and his monster with the text of both the 1818 and the 1831 editions set side by side.

Frankenstein; or, The Modern Prometheus was written by English author Mary Shelley (1797-1851). Shelley began writing the novel when she was 18 years old and it was first published in 1818. In 1831, a new edition was published with numerous changes. A brilliant young scientist whose hubris leads him to create a hideous sentient creature that he rejects. Once rejected and outcast the creature struggles with his existent and soon without guidance from its creator begins a reign of terror.

This parallel text edition seeks to explore the novel by placing the 1818 and the 1831 editions side by side, so the differences can be clearly seen. It is intended to be an aid to the casual reader, the student as well as the scholar.