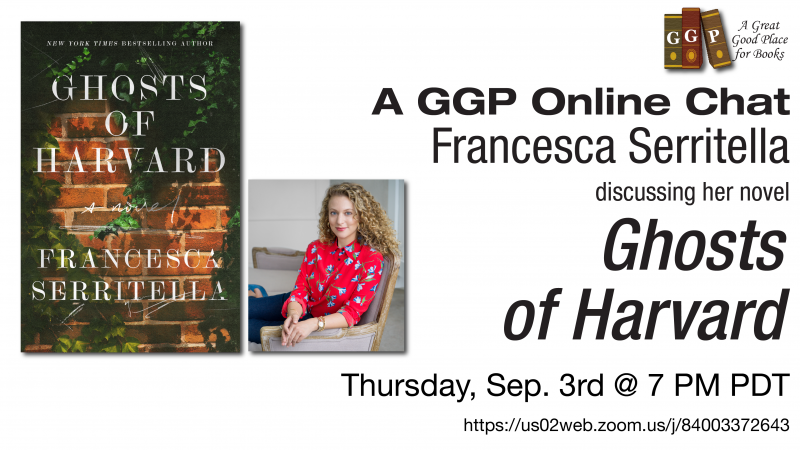 Please join us on Thursday, September 3, 2020 at 7 PM PDT for an online discussion with author Francesca Serritella discussing her new novel, GHOSTS OF HARVARD.

(Order your copy of GHOSTS OF HARVARD at https://bit.ly/ggpGhostsHarvard.)

“Ghosts of Harvard is written with a masterly, focused hand, belying the fact that this is Serritella’s debut novel. The pages burn with frenetic energy and are peopled by memorable, compelling characters. The tension is palpable, the twists and surprises perfectly timed and the stakes as high as humans should be asked to endure. The end result, a novel you will long remember and characters you will want to see again. A triumph in every respect.”—#1 New York Times bestselling author David Baldacci