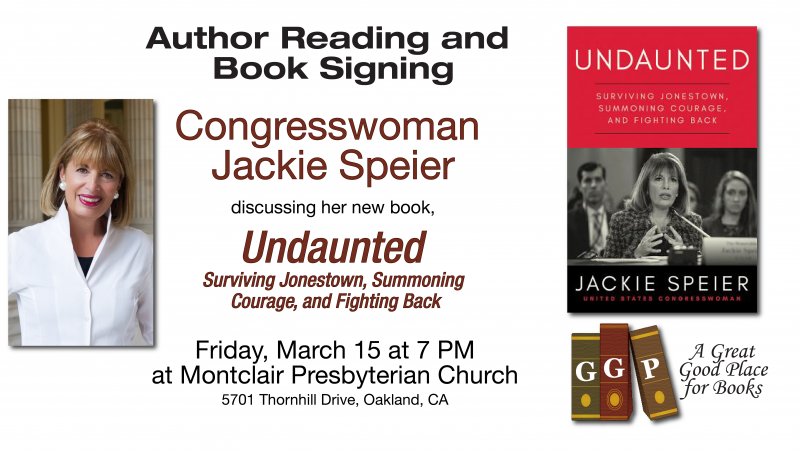 An inspiring and powerful memoir of surviving the Jonestown massacre and becoming a fearless voice against injustice and inequality by California congresswoman Jackie Speier.

Jackie Speier was twenty-eight when she joined Congressman Leo Ryan’s delegation to rescue defectors from cult leader Jim Jones’s Peoples Temple in Jonestown, Guyana. Ryan was killed on the airstrip tarmac. Jackie was shot five times at point-blank range. While recovering from what would become one of the most harrowing tragedies in recent history, Jackie had to choose: Would she become a victim or a fighter? The choice to survive against unfathomable odds empowered her with a resolve to become a vocal proponent for human rights.

From the formative nightmare that radically molded her perspective and instincts to the devastating personal and professional challenges that would follow, Undaunted reveals the perseverance of a determined force in American politics. Deeply rooted in Jackie’s experiences as a widow, a mother, a congresswoman, and a fighter, hers is a story of true resilience, one that will inspire other women to draw strength from adversity in order to do what is right—no matter the challenges ahead.