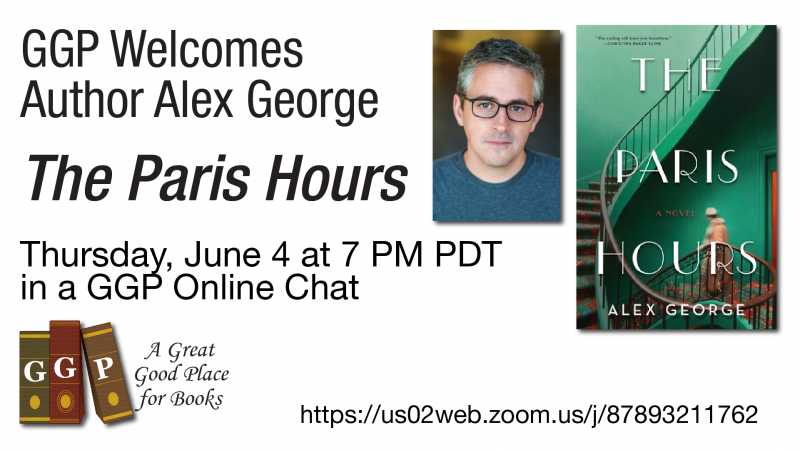 Please join us on Thursday, June 4, 2020 at 7 PM PDT for an online discussion with author Alex George, discussing his new historical fiction novel, THE PARIS HOURS.

Told over the course of a single day in 1927, Alex George's The Paris Hours takes four ordinary people whose stories, told together, are as extraordinary as the glorious city they inhabit.

The Paris Hours: A Novel (Hardcover)